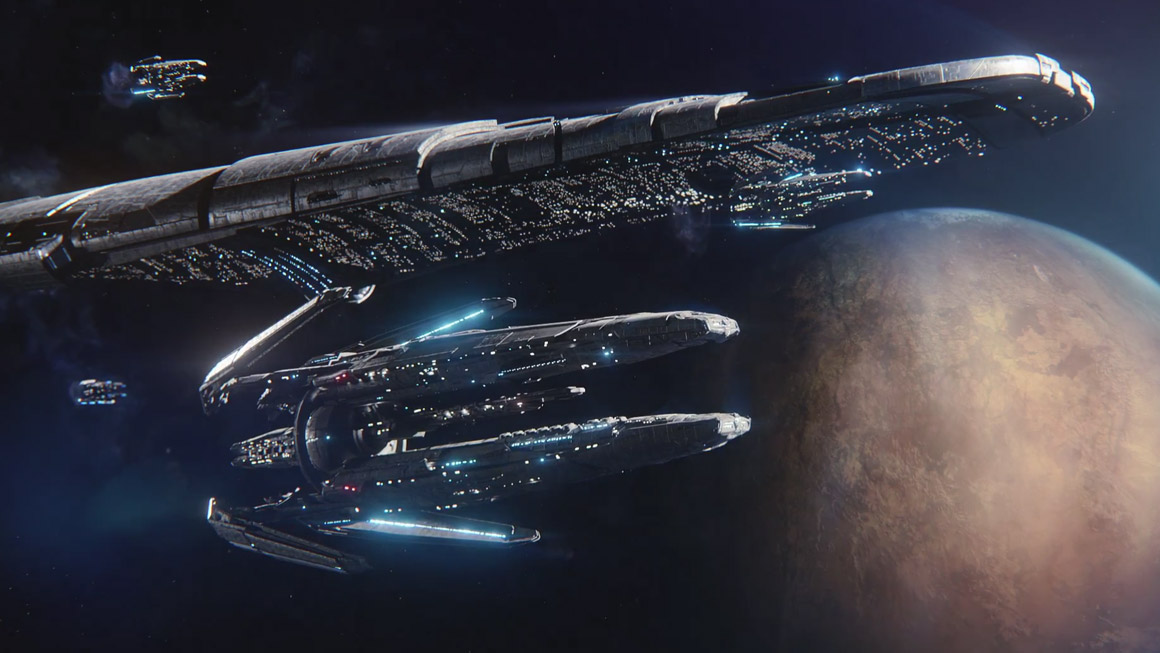 Nexus is a Location in Mass Effect Andromeda. Inspired by the Milky Way's Citadel, it is the home base for the citizens who have made the journey to the new galaxy. Headquarters of the Andromeda Initiative, the Nexus is a massive space station designed to anchor the returning arks, process resources, and support colonists before their departure to new worlds. All new arrivals must pass quarantine.

The Nexus itself requires resources to be gathered from worlds which can be used to complete upgrades to it and awaken more colonists to help with the mission.

Succeeding in various tasks on a planet improves its viability to set up an outpost which lets you make upgrades to the Nexus home base.

Sections in the Nexus