Tempest is the name of your ship in Mass Effect Andromeda. The Tempest is a fleet, scout ship that will be your transportation from the Nexus to the numerous planets and Locations you'll be exploring. The Tempest is a speed specialist that can travel 13 light years per day. 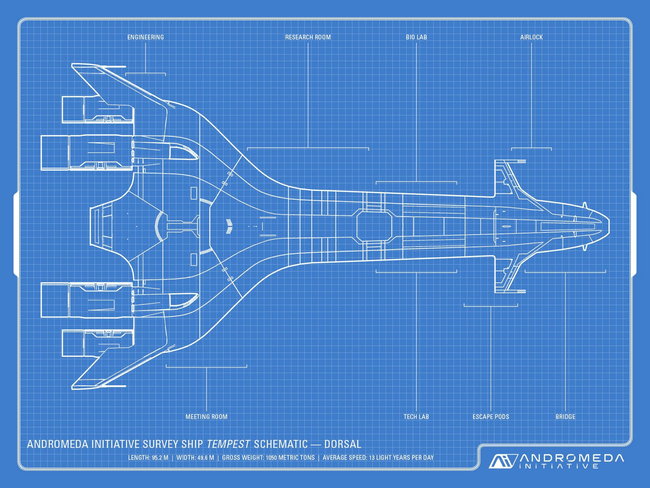 Exploration with the Tempest